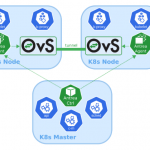 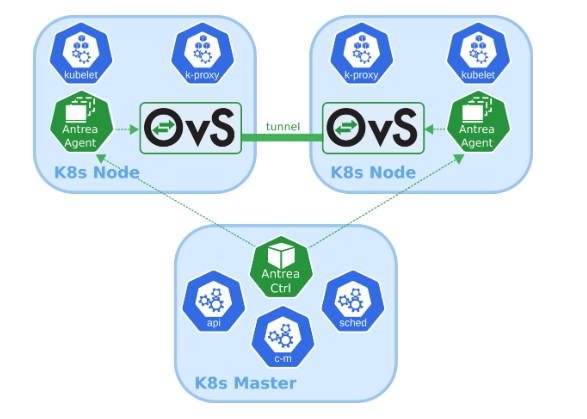 As you may know, I have been heavily focused on Kubernetes in the Enterprise for the past 2 years, mainly with VMware PKS and NSX-T as the CNI.

This is a great combination for your enterprise deployments of Kubernetes as it allows you to address all three main stakeholders in large and medium-sized companies:

The user experience with PKS, once it is up and running, is that the folks who are managing the platform can push a new cluster with a single command (pks create-cluster) while being able to control elaborate networking configs using network profile.

While PKS and NSX-T do achieve those objectives there are cases where developers just want to have Kubernetes on their laptops for testing or in the datacenter with just upstream Kubernetes. sometimes, all you want is a minimally viable solution, especially from a CNI point of view. For these fast and easy deployments, NSX-T may be overkill and why VMware has created a new open-source CNI project called “Antrea“

Antrea, is a nifty CNI, based on OVS instead of iptables and is easily deployed using a single “kubectl apply” command.

Today it supports basic network functions and network policies. In the future, VMware is planning to provide a way to manage many “Antreas” using the NSX control plane, so that if you have a ton of developers using it, you can control the security policies and network configuration they deploy. As part of my “NSX Service Mesh” testing that I do with NSX Service Mesh, I decided I need to test it out. But then I found out that I haven’t deployed Kubernetes that is not PKS and I don’t know what I am doing 🤨

After trying to deploy a cluster the really manual way for a day with no success, I called my goto person for anything K Oren Penso (@openso), Oren gave me his raw notes on deploying k8s with kubeadm, which I refined a bit and added Antrea as the CNI and Metallb as the ingress controller. And this post is about sharing those. So, with no further ado here are the steps:

But if I want to deploy Kubernetes 1.15, which is what I wanted to do I had to deploy the Kubeadm and kubelet for kubeadm with a matching version like this:

I have been playing a lot with Istio and recently tested mTLS encryption. The test, which I describe in this post, really materialized the OSI layer in front of my eyes. which is always how new stuff can dust off your basic knowledge.

The entire concept of service mesh and Istio is exciting and revolutionary in my view… but just like any new groundbreaking tech, it takes a few cycles to realize how it manifests beyond the papers, blogs theory, at least for me. So, as I usually do, I share my experiences on this blog and in my sessions with other in the thought that if I can help even one person understand it better I have achieved my goal.
read more

I wrote a blog post in the VMware official blog about a demo I recorded called “Dynamically enforcing Security On a Hot Cloned SQL Server With VMware NSX“.

A bit long of a title but captures the essence of the demo perfectly. You can see the demo as well here:

I got a question from a colleague of mine with has a very keen eye:

“I just saw the great video you made, at 0:50 second of the demo we can see the rules for the prod app

What is the meaning of rule 6?  If the source is the datacenter and is broader than the App Server in rule 5, and the rule allows for ANY service, doesn’t it make rule 5 irrelevant? “

This is a great observation by Manuel with a very simple explanation which demonstrates perfectly the power of VMware NSX, can you figure out the answer?

Rule 6 makes sense, only if you know your NSX 🙂