As we approach VMware’s Virtual Cloud Modern Networking Event I have been thinking about the term “Modern network”. What does that term mean? Are we talking about a different kind of networking? New protocols? New RFCs?

To better understand what it means we need to look at other areas that have been “modernized”, one of the best example of that is the Cloud native revolution which is also a main driver for how we manage infrastructure. Being cloud native is not just code that was born in the cloud, it’s a set of architectures and operational models for applications running in the cloud. Some may point to the 12 factor app methodology but this is just part of the story when it comes to infrastructure. A better example for cloud native infrastructure would be Kubernetes, as it is the prevalent platform and control plane for the cloud.

What are these principals?

One other key aspect we see with modernization is that the intelligence always goes up the stack, so modern networking doesn’t mean new RFC necessarily. The packets will still move in the same way they did before. But we see an evolution of networks to software defined networking (layer 4) which is a programmatic SW network we can spin up/ down and configure using API, and now to Service mesh (layer 7) which allows us to move some of the intelligence up the stack so that we can handle networking across infrastructures and clouds. So I would add multi-cloud as a key aspect of modern network.

Given the above, we would want the networks and our security to adhere to these principals.

VMware has been leading the way with Software defined infrastructure for years now, with Software networks and software storage. And now is taking the steps to modernize our networks and security by embedding Kubernetes as the control plane for the entire SDDC and building solutions that adhere to the above principals.

If you are interested in where the world of network is heading, join us on November 16’th to the event in this link 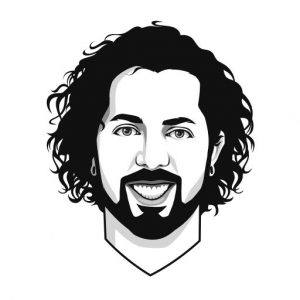